This is also known as the Lammergeier.

This species is listed as Near Threatened in the IUCN Red List of Threatened Species (https://www.iucnredlist.org/) 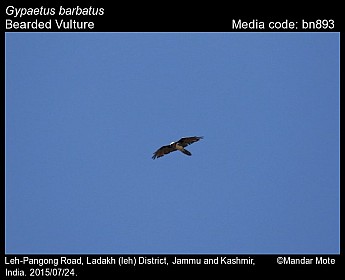 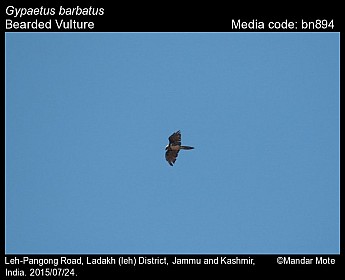 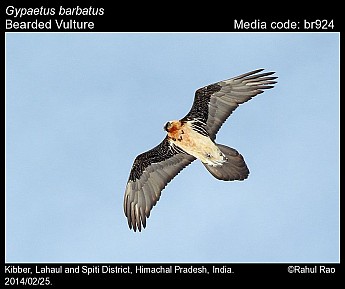 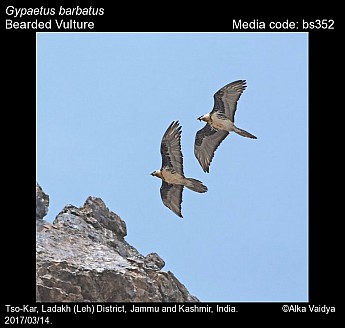 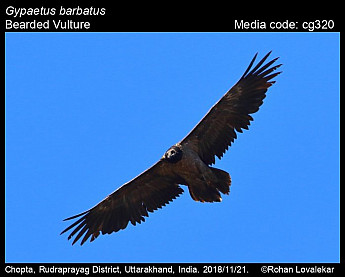 Nesting/juveniles:
Indian and global distribution: records (based on images):
Identification: Sexual, seasonal & individual variation:
Status, Habitat and Habits:
This species is uncommon. It inhabits remote mountainous terrains (600m-1,700m) in Asian countries including India (mainly in the Himalaya), Iraq, Iran, Nepal, Bhutan, East Russia, and in African countries including Ethiopia, Kenya, Uganda, Morocco, and Eritrea. This species has gone extinct in Montenegro, Serbia, Jordan, and Syria, and possibly extinct in Albania and North Macedonia. It mostly forages on carrions and a good amount of bones. In India, the breeding season for this species is December-June (BirdLife International 2017).

This species is listed as Near Threatened in the IUCN Red List of Threatened Species (https://www.iucnredlist.org/)

According to the IUCN Red List assessment, the population of this species is declining, with the current population estimate of 1,300-6,700 individuals. The threats to its persistence come from overgrazing, breeding habitat disturbance and ingestion of highly toxic Diclofenac (an NSAID) used in livestock (BirdLife International 2017).