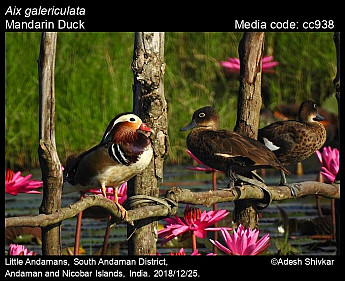 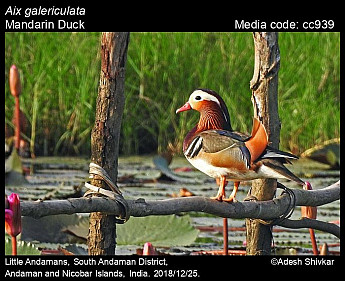 Similar Species in India: No other small duck looks similar.

Vagrant to India (NE states), Mongolia, Myanmar, Nepal, Thailand, Vietnam Hong Kong;   Resident and breeding population at China, Japan, Korea, Russia. It forms small flocks mainly resticting itself to the streams and lakes in the forested areas. Unlike many other duck species, it frequently perches and roosts on the tall trees.

Call/Song: Generally quiet, usually vocalizes when disturbed or in courtship. Male calls are mainly sharp, rising whistle-like “hwick” or “uib uib”, whereas female has a loud, sharp, single-noted “kett” or “ke” call, which might easily be mistaken for a Common Coot.