This is also known as the Nilgiri Pigeon. 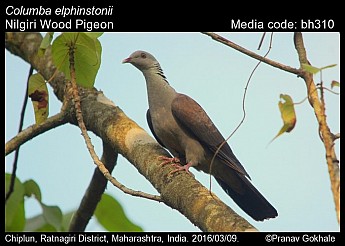 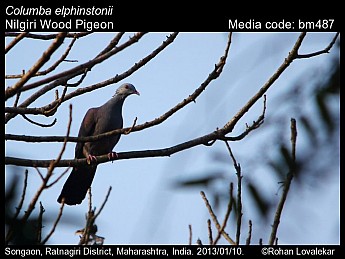 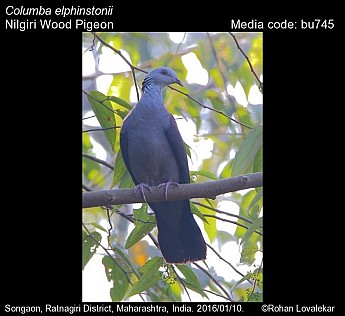 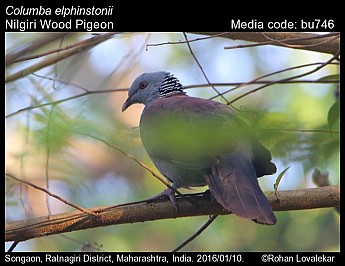 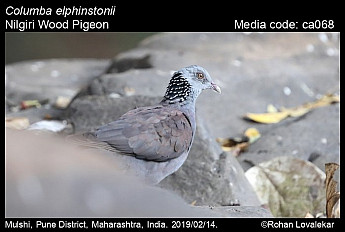 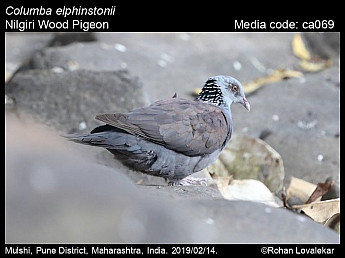 Nesting/juveniles:
Indian and global distribution: records (based on images):
Identification: Sexual, seasonal & individual variation:
Status, Habitat and Habits:
This rare and endemic species is only found in the forests of Western Ghats of India at the heights of 20m-2,250m asl (BirdLife International 2017).


According to the IUCN Red List Assessment, the population of this species is declining, with the current population estimate 2,500-9,999 individuals. The threat to its persistence comes from habitat destruction due to deforestation and commercial developments. Hunting for food and sport also led to a low survival rate of individuals (BirdLife International 2001).