This is also known as the Sociable Plover. 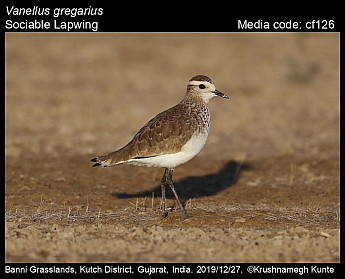 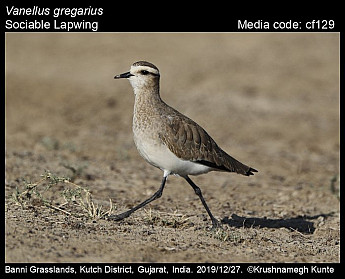 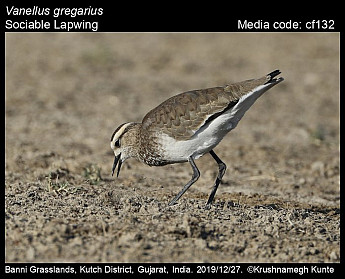 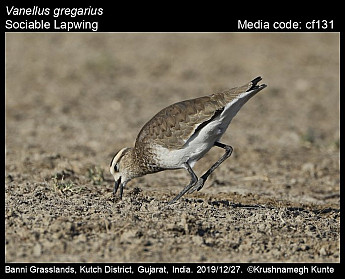 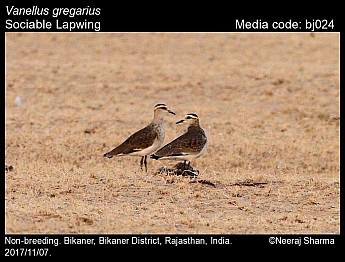 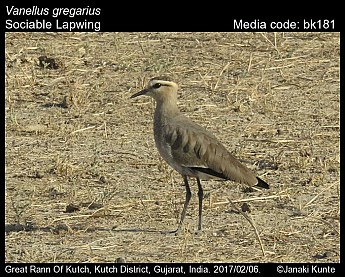 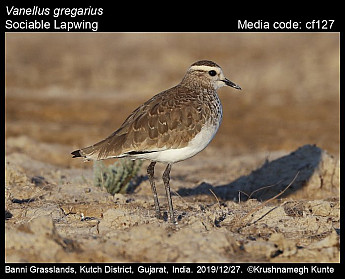 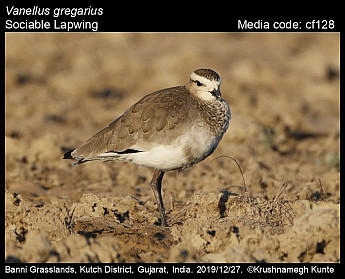 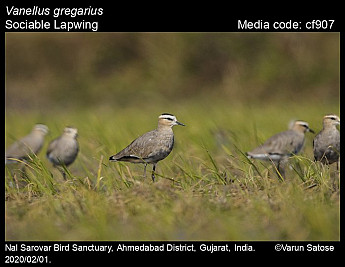 Nesting/juveniles:
Indian and global distribution: records (based on images):
Identification: Sexual, seasonal & individual variation:
Status, Habitat and Habits:
This species is very rare. It inhabits inland wetlands and grasslands in desert and semi-arid areas, from the sea level up to 300m. It is migratory, breeding in Kazakhstan and wintering in western India (mainly Gujarat and Rajasthan), Pakistan, and Sudan (BirdLife International 2018). It sometimes congregates in large numbers (dozens of individuals) especially around the migratory season, but then found in small groups (a handful of individuals) on its wintering grounds (unpublished obs., K. Kunte).

This species is listed as Critically Endangered in the IUCN Red List of Threatened Species (https://www.iucnredlist.org/).
According to the IUCN Red List assessment, the population of this species is declining, with the current population size estimated at approximately 11,200 individuals. The threats to its persistence come from habitat disturbance due to large-scale agriculture and other human encroachment. Adult survival is also low possibly due to hunting along the migratory route and on wintering grounds (BirdLife International 2018).